Over the course of three evenings in Justified Anger’s “Black History for a New Day,” I ventured into the west African coast prior to the beginnings of the slave trade. Then the Portuguese launched what would become a huge – and immoral – enterprise in collusion with African rulers.

I watched how slavery in the U.S. grew, but not just in the South. I learned about the vital role of the North and how it touched Wisconsin, including the complicated role this state played not only during slavery but in the years since.

I discovered the push and pull of black freedom and white reaction in the decades after the Civil War, nowhere more vividly or horrifically played out than in the history of lynching – a history that continued into the late 1960s, into my own lifetime.

I pondered the role of my Christian forebears and my Christian contemporaries as some 250 of us delved into on Monday evenings at Fountain of Life Church – and we still have six classes to go. We are only one-third of the way through this journey.

My reflections on this experience, of course, are shaped by my own background, so other people attending this will bring a variety of reactions. I grew up in a virtually all-white community in northeast Wisconsin. I am now almost 68 years old, have lived in Madison since 1969, have been engaged throughout my time here as a journalist and then a minister in issues surrounding race as a white man. And I still have much to learn. 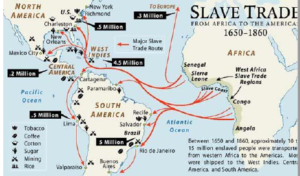 Learning about Africa before the slave trade, for instance. UW-Madison History Professor Florence Bernault took us back to the western side of Africa in the 1500s, when trading routes connected parts of the continent to Europe and the Middle East. “The models of government in Africa were much more sophisticated and diverse than in Europe at the same time,” Bernault explained. Exporting gold was a lucrative business.
But follow this sequence. The Portuguese, searching for a new route to India, arrived in the west African Kongo Kingdom in 1483 (not to be confused with the country we know today as the Democratic Country of the Congo). The king there became a Christian and soon Christianity was the religion of the kingdom, a place recognized in Europe as a Christian enclave. In time, the islands off the coast became sugar cane plantations, staffed by slaves from the mainland. These slaves tended to be people in debt, criminals, prisoners of war – the kind of slaves that were found throughout the ancient world.

By 1600, though, the Portuguese settlement at Luanda had become an outlet for shipping slaves to the Americas. The Portuguese made deals with African leaders to supply slaves as ways to reinforce their power and control. A huge shift in the nature of slavery was underway.

Christy Clark-Pujara, Assistant Professor in the UW-Madison African-American Studies Department, explained how the slave trade in the Americas was distinctive. One factor was its enormous scale. Another was the bondage of slaves that passed from generation to generation. Over time, it became legal and normal and respectable. It evolved from its earliest days where slaves included indentured servants, Indians, whites and blacks into a rigid system where race replaced class as the defining characteristic.

The slave codes in Virginia (and other colonies) showed how quickly this happened. From the mid-1600s to the early 1700s, laws were adopted that made clear that blacks were slaves and whites were servants and that only whites could be masters. Slavery had become racialized. And in 1703, the Rhode Island General Assembly declared that Negroes walking outside after 9 p.m. could be arrested – a clear message that people who are black and brown are suspect and that whites are in charge. 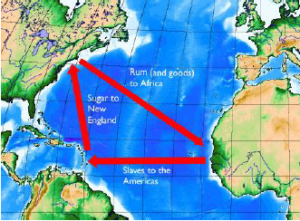 Rhode Island. That was in the North – not the part of the country normally associated with slavery. Prof. Clark-Pujara effectively shattered that myth for me.
Rhode Island was a central hub of the slave trade. Some 80 percent of slave-trading ships left from Rhode Island and the slave trade was a cornerstone of the economy in that state, she said.

After the American Revolution – in the late 1700s and early 1800s – the volume of the slave trade increased dramatically, with more slaves brought to the U.S. than during the entire colonial period. And Congress acted decisively. It said that only whites could be naturalized citizens. This excluded blacks and Indians from every being citizens, having a vote, having a share in the nation where the lived and worked.

The slave trade touched Wisconsin as well in its early days as a territory. Military officers and lead miners brought slaves with them. When Henry Dodge, who would become a territorial governor of Wisconsin, came to the region in 1827, be brought with him slaves he had inherited from his father. 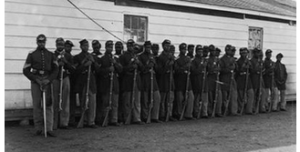 By the time of the Civil War, most blacks in Wisconsin were free and the state became a destination for blacks fleeing from the South. But when Wisconsin was drawing up its constitution, citizens first voted in 1847 to not allow blacks the vote, then reversed that in 1849, but the Legislature kept rejecting that until finally in 1866, the Wisconsin Supreme Court asserted that black men had the right to vote.
Race has never been a simple matter in Wisconsin, with conflicting currents and today, Wisconsin is ranked as one of the worst places in the nation for blacks to live.
The economics of slavery shifted. In the North, there was less ownership of slaves but heavy investment in the business of slavery. In the South, slave labor became an essential component of the emerging cotton economy – cotton sold to Northern industrialist and merchants.

At the same time, movements against slavery were emerging. Then came the Civil War from 1861 to 1865, President Lincoln signing the Emancipation Proclamation in 1963 and the adoption of the 13th Amendment to the Constitution, which abolished slavery and involuntary servitude.

The story of Reconstruction from 1865 to 1877 and then the era of Jim Crow laws from then until the 1960s is, in part, a story of whites pushing back whenever it looked like blacks were gaining political or economic power.

Consider this. In the decade after the Civil War – from 1865 to 1875, state governments took on a bi-racial look, with 60 percent of state officials being white while 40 percent were black. In elections, the black voter turnout was an amazing 90 percent. As Prof. Clark-Pujara put it, “Former slaves were clamoring to become part of the Democratic process.” But even then, they did so at great risk.
The Ku Klux Klan and other white supremacist groups formed to stop this shift in political power. In this period, about 10 percent of black office holders were victims of threats and violence and 35 black officials were murdered.

The nation as a whole was still reeling from the bloodshed in the Civil War. It was seeking to heal and forget and move on. In 1877, President Rutherford B. Hayes ordered the last of the federal troops to withdraw from the South and the era of Jim Crow laws began. These laws were not primarily about keeping blacks and whites from having contact with each other – that happened in many different ways. They were designed to oppress blacks, to keep them “in their place” and marginalized.

“White America did not have the political will to protect the civil rights of African-Americans,” said Prof. Clark-Pujara. That did not happen until 1957 when President Eisenhower sent federal troops to Little Rock, Ark., to enforce school desegregation.

And then there were the lynchings, the ultimate effort to terrorize and oppress blacks. Those blacks most likely to be lynched were those most economically stable, Prof. Clark-Pujara said. Then came those who dared to push back against social custom. Time after time, whites asserted that they were not going to let blacks have any economic, political or personal power.

The lynchings were accepted as a part of life, a kind of sport, celebrated with postcards sent through the U.S. Mail showing black men and women hanging grotesquely from tree branches and bridges and make-shift gallows. No one was prosecuted for these murders. No one was held accountable.

This is why blacks today still distrust the justice system, said Prof. Clark-Pujara. This is why we say “Black Lives Matter,” said Pastor Alex Gee.

This is why those of us attending these classes are learning the roots of racism in our nation, in our state, in our city. We cannot change this past, but we can understand it in ways that will form what we do now. This is why we must carry with us a knowledge of history to create a new day indeed for our time and for our future.