When Lilada Gee starts talking about the sexual assault of black women, she brings a personal passion and a depth of knowledge that illuminates the many facets of this stark reality in our nation. 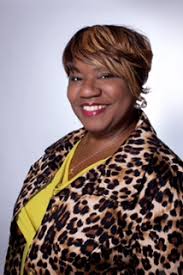 On the personal side, as she explained to the Black History for a New Day class on April 17, her own story as a survivor of childhood sexual assault has become the foundation of her work. But it’s not just her individual story. She talked about the lineage of sexual assault in her family.

“My daughter is the first woman in my family since they arrived from Africa who was not sexually assaulted,” she said. “This is the story of every black woman through the African diaspora.”

Later, in a conversation at a coffee shop, she pointed to the silence that shrouds this reality for black women, even today and brings a new depth to the discussion. She noted that only one of 15 black women – just under 7 percent – ever report a sexual assault to police.

Women, in general, shy away from reporting rapes – nationally, according to the Bureau of Justice Statistics, in 2015 about only 32 percent of rapes and sexual assaults were reported to police. An earlier Justice Department study found that about 44 percent of white women reported crimes of rape and sexual assault.

There are reasons deep in history for this, according to Gee and others who have studied this web of silence among black women. Women were raped on the slave ships as they were brought to this country. They were raped by slave masters. White judges dismissed rape cases of black slaves by white men by saying that black women were “promiscuous.” Later, laws of the Jim Crow era protected the “virtue” of white women who were raped, especially if the accused was a black man, but saw no need to protect black women, especially if the rapist was white.

Even today, said Lilada, black women look at the people they must deal with if they report a rape – a nurse, doctor, a police office, a prosecuting attorney, a judge and a jury, almost all of whom are likely to be white.  “That alone is reason not to report,” Lilada said.

It’s not that some people have not tried to pay attention to what happens to black women.

Some 11 years before Rosa Parks refused to give up her seat on a bus in Montgomery, an act that catapulted her to national fame, she was working for the NAACP in Montgomery, Ala., investigating the gang rape of Recy Taylor, a black woman from Abbeville, Alabama.

And today, Lilada Gee is working with black women who are survivors of sexual assault, helping them heal and helping all black women gain a sense of their dignity and of their power.

She founded Lilada’s Livingroom in 2008, giving young women a place to share their stories – to break the silence – around being sexually assaulted. That effort has expanded over the years, bringing black women of all ages together to, in the words describing the project, “step from behind the veil of shadows, secrets, and shame; opening a healing pathway to renewal, recovery, and restoration, not only for ourselves but for those that follow behind us.”

That notion of being attentive to those following behind is an important concept. Lilada talks about all the emotions that are wrapped up in the aftermath of a sexual assault getting passed on from a survivor to her daughters. She is trying to help them shape a new narrative for themselves and their daughters.
One of the things that fires up Lilada is the lack of black women in the many non-profit agencies whose goal is to serve black women in crisis. She tells of meeting with a group of social workers in Milwaukee who primarily serve black clients. She asked them what they learned from their black friends about elements of black culture. None of them had any black friends.  “Their assumption was that we know what is best for you,” Lilada said, shaking her head.

Over the years, Lilada said she has learned that every woman has a story and that in the casual setting of Lilada’s Livingroom, they can tell their story in a way where “they don’t’ have to talk in a certain way, they can be loud, they can bring themselves to the table without apology.”

“I’m impressed by the resiliency of black women,” she said. “They push on despite everything they have been through.”

But Lilada’s work continues to expand. She held a Black Women’s Heal event at the beginning of April that brought in black women on the UW campus, at schools at a spa around the community.  She initiated the concept of Black Women Heal day in 2015 and it has now spread far beyond Madison. (There is a powerful video prepared for that day which you can see here )

She encourages churches to be willing to tackle issues around rape and sexual assault. “We have churches full of broken women,” she said. “We do everything but heal.” But she also appreciates the very early continual financial support for Lilada’s Livingroom from the Madison Christian Foundation,

Lilada launched her own public efforts to help women heal a decade ago when she spoke during a worship service about her own experience at Fountain of Life, the congregation where her brother, Rev. Alex Gee, is the pastor.

Now there are the next steps.
On Tuesday, May 2, there will be Lilada’s Livingroom Giving Circle Lunch at Blackhawk Church on the far west side. This is an effort to create a network of monthly givers who can sustain her work and affirm the importance of black women leadership in our community. (Registration here )

She is also building a team of women to help expand the work of Lilada’s Livingroom – people who can help with social media and fundraising and provide the technical support for her work. She is looking for anyone interested in engaging in this work in a different way.
“I’m building a legacy,” Lilada said. “I’m not building an organization but a movement.”
It’s a movement that will not erase the horrors of generations of sexual assault of black women but will open up the possibility of a much more secure future that will embrace the dignity of every woman.