When Rev. Alex Gee was considering ways to translate into action the ideas underneath the Justified Anger movement and the subsequent Our Madison Plan, he knew that it would take some talented individuals to fill the operational roles.

They would catalyze efforts to eliminate racial disparities and empower the African American community here to achieve its full potential.

An idea began to emerge – to invite businesses to get involved in providing some of the talent needed for all of this to work.

“If business leaders would loan us executives,” Rev. Gee said, “it would send a signal to the business community that we are all in this together for the Our Madison Plan.”

With several months on the job as a loaned executive, Patrick Yates is blazing the trail for how that could work. 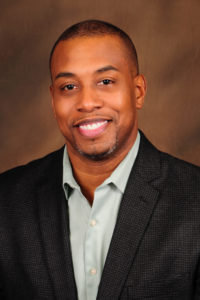 A conversation toward the end of 2015 between Rev. Gee and Dave Wittwer, opened the door.  Wittwer is president and CEO of TDS Telecom, a fortune 500 broadband company based in Madison.

By February of 2016, Yates, a TDS network services project manager, was given the opportunity to split his time 60/40 between Justified Anger as director of program growth and community engagement and TDS in a new position as manager of diversity and inclusion. He had worked at TDS for 23 years, most recently as a project manager for hundreds of initiatives across several states.

“We are proud to be investing in this creative and revolutionary approach,” Wittwer said as this partnership was launched. “We want to improve our efforts and we’re willing to try something new and different to get it done. I hope other business leaders will join us to reduce racial disparity in Madison.”

Yates’ work for both the Justified Anger project and TDS has already brought benefits to both sides of this equation.
At the Justified Anger project, he has established an Operations team which developed a stakeholder analysis, formulated a work-stream model for implementation, established RACI matrix to identify ownership of roles and responsibilities, and he has created a partnership with the Meadowood Neighborhood Center for mobilizing volunteers and future pilot projects.

Meanwhile, in his new role as diversity and inclusion manager at TDS, he can leverage the many community relationships he is developing to help his company reach its goal of making its work force look more like the communities it serves.

But this is more than just helping one project or one company, according to Yates.

“Regardless of what the business is,” he said, “that is situated in the broader Madison community. This is every business’ problem, this is every person’s problem. If real, substantive change is going to happen, then the business community is going to have to play a role.”
Yates said for TDS, this was not just a great way for it to get involved in the community, but “a greater opportunity to see change happen on a widespread scale in the city of Madison.”

Rev. Gee said this kind of partnership is really a sign of the future. He said in the past, he typically would only talk to businesses about buying tables at fundraising events. Now he is developing partners in developing strategies and opening opportunities.
He hopes to expand the loaned executive concept to bring on others that would share for a limited time to help with communications and marketing, with fund-raising and project management. That is one of the key short-term strategies for the Justified Anger project.