How have you been affected by race relations? This was the conversation starter that a crowd of over a hundred considered at the beginning of the Justified Anger Update on Saturday, October 8, 2016. The group of predominately white community members came to hear about the progress of the past year and consider their own next steps. 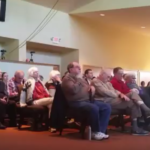 It has not been a calm time in Madison since the Our Madison Plan was released by Justified Anger 18 months ago. During this time Madison has been rocked by tragedies, ignited by outrage, and judged by its injustice, and yet it has taken diligence to keep the issues of racism and disparity front and center in our community.

During this time Justified Anger has been at work: listening, focusing, building, and mobilizing. As Dr. Reverend Alex Gee put it, “Many in our community wish these issues were gone. There are many others who hope people would wake up.” It was in this context that people gathered, a morning designed to keep them awake and inspire them to action. 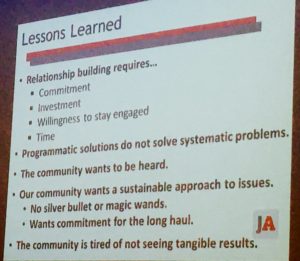 This is why, over the past year and a half, Justified Anger has piloted projects informed by and very specific to individual communities, to fix the hopeful habit of building programs that don’t fit the communities; to develop sustainable strategies, so that this important work can last and build greater change.

This work includes championing African Americans, building white allies, connecting with neighborhood leaders, and leveraging additional resources. One important example is the loaned professional, Patrick Yates. He was loaned by his employer, TDS, to Justified Anger for 60% of his time, to work as project manager. With Patrick on board, Justified Anger has been able to get focused on what is best done by this unique entity and move forward – creating some quick wins while establishing a structure that will support longer-term work.

In addition to bringing Patrick on board, Justified Anger is has recently hired Dr. Angela Fitzgerald as a part-time Emerging Initiatives and Volunteer Coordinator, and will be hiring two additional positions. While JA is not an organization that concentrates on creating and implementing programs, this staff will be able to build on the success of pilot projects and build further alignment between funding and program agencies and the needs and strategies identified by African American communities as most important.

With the history of African Americans rarely taught in a meaningful way and typically taught solely through the lens of slavery, many people are as unaware of the rich history as the complex reality that has faced of African Americans over the past two centuries.  This class helps non-black people understand how the African-American experience has shaped the world we all live in, and is developing new allies to support racial justice today.

Engaging with the Meadowood Community

As with all Justified Anger work, efforts in Meadowood started with relationship building. Jackie Hunt, as a part-time staff person, spent time in the community to get to know residents and begin to build trust. Jackie is a trained therapist and she shared with the assembled group that she gained trust by being open with her own story, the challenges she has faced, so that in Meadowood people could feel that, “I am them, and they are me.”

A few of the initiatives in Meadowood that Justified Anger is involved with are:

The key to the morning however, was not to learn all that Justified Anger is doing, as Dr. Gee explained, it is about turning off a light switch.

When Reverend Dr. Alex Gee was just Alex Gee, there was an energy crisis. Then President Jimmy Carter was serious about energy conservation. He was so serious he held state dinners with foreign dignitaries without running the air conditioning – and people were hot. But what made the difference for young Alex Gee was that the President had a role for him. In addition to encouraging people to carpool and make trips by foot when possible, he wanted people to conserve energy at home, to turn off a light when leaving a room. And that ask, the specific way that he could help, by simply turning off a light motivated Alex. He could do that and he did. He did his part.

In a way, the ask for the crowd that morning andfor many in the broader community, is a little harder, a little riskier.
Understanding one’s own bias takes work and so does facing it. Well-intentioned people make mistakes. It can be feel safer to do nothing. However, as Dr. Gee reminded us, nothing will change if nothing is done, and that is unacceptable. So, action is required. Be a catalyst. Be brave. Do your part. 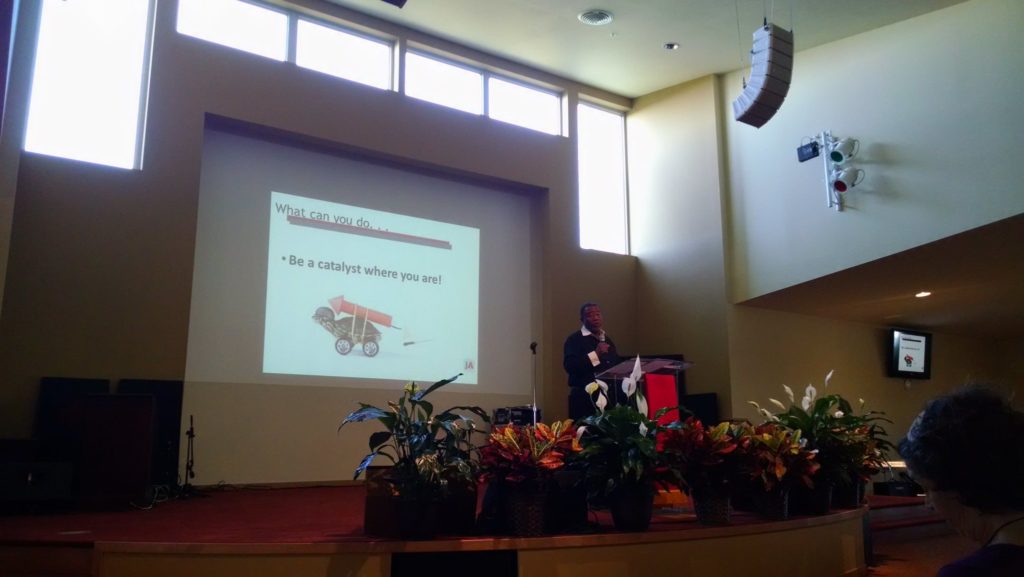 Click for additional news coverage by The Cap Times.