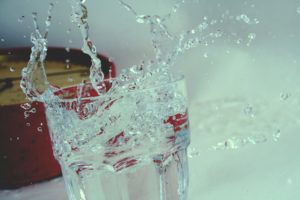 Can a moment change your life? That was the topic of conversation as I spoke with Anthony Cooper, Director of Re-entry for Nehemiah, and a facilitator of the program. They talked about a young man named James*, a participant in the Man-Up Program. The men of the group meet every Tuesday and Thursday and have a chance to unpack negative emotions, receive encouragement, and instruction on how to reclaim their life.

It was during one of these sessions that Anthony Cooper said “James experienced a moment. It defined the reversal of his life and his approach to living”.

The conversation that night took a turn that resulted in men talking about their children. The change in posture and demeanor captured the feeling that many in the circle kept bottled up. James listened to the stories, and answered questions prompted by the facilitators, and had an epiphany.

Anthony shared, “James realized, that his inner convictions, had to match his outward behavior.”

This was the first time in James’ life where he understood the reality of his incarceration and its impact on the people he loved the most, his kids.

“It was a moment that couldn’t be scripted or captured on video, but it was powerful.” Other participants claimed.

When asked about his love for his children, James had to wrestle with the idea that love came with action, that it wasn’t enough to say the words, his life had to echo them for it to be felt by others. Tears flowed freely as the awakening took hold. It was a special moment, one that Anthony Cooper and those at Nehemiah made possible with their authentic approach.