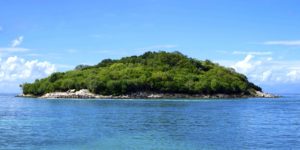 How do you unwind after a hard day? Do you have someone you can confide in? The answer to those questions most likely revolved around home, and the people who live with you. Imagine, for a moment, if you didn’t have your home and the people in it to help you recover from a bad day.

That’s precisely the situation many formerly incarcerated men deal with every day.

“They don’t have a place to be free to be themselves, to be real,” Anthony Cooper, Director of Re-entry, said when asked about the emotional support Man Up offers.

Joe* was transformed by the support he received from attending the group. Joe, upon his second release from prison, came out with one week’s supply of the medicine he needed, and no place to live, and no job to speak of.

“Every month, 75-100 men are released from prison back into the community under similar circumstances,” Anthony Cooper stated.

Joe suffered from depression and other emotional issues. The stress of being homeless and unable to make any money would have created an easy scenario for Joe to find himself incarcerated once more. Joe used the Man Up group for the emotional support he needed. He found a place where he could be treated as a man, deal with his issues, and walk away clutching his dignity. So many times, it’s the simplest of needs that go overlooked. Just being able to share your struggles with another who can empathize, makes all the difference.

Joe has been out over a year now and is successfully navigating his way to a more productive life. The team at Man Up helped him with job placement, and the space to be a man with flaws.

When asked about Joe’s progress, Anthony Cooper replied: “He still has challenges ahead of him, but with the support he’s receiving, he’s headed on the right track,”

So, the next time you are tempted to view formerly incarcerated through a negative lens, think about what impact the support you have around makes, and perhaps take a second look. No man is an island.