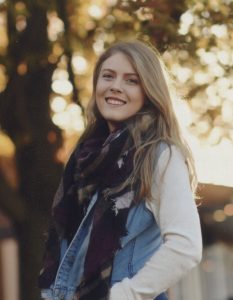 When I first got involved with Nehemiah, I had no idea what I was getting into. I couldn’t quite grasp what the organization did or what an internship with Nehemiah would look like. The most I hoped to gain at that point was some experience in the non-profit sector that I could carry with me to future jobs. After eight weeks at Nehemiah, I can say that I gained valuable skills and knowledge that will help me going forward professionally; however, I also gained so much more. I can say without a doubt that my time at Nehemiah has been the most rewarding professional experience I have had thus far in my life and that I will carry the experiences and knowledge I have gained here with me for the rest of my life.

At the beginning of this internship, I felt uncomfortable coming in as a white intern in a Black-led organization. I didn’t want to be a burden or make anyone’s jobs more difficult because I was naive or needed too much instruction. I learned quickly, however, that the people at Nehemiah value all members of their team, and while it is not their job to make their white employees and volunteers feel comfortable or useful, I never felt out of place or judged. I learned from talking to Rebecca Compton-Allen (RCA) and the other interns, as well as from listening to the Advanced Allyship series, that almost everyone had felt the same way as I did when first starting out. Seeing how far those advanced allies had come in their journey was inspiring and helped me realize that I could get to that place too if I put in the work.

One of the most important parts of this journey for me was the insight I gained about unconscious bias. We always think of racism as the overt hateful things that people say or post to the internet. However, there are more subtle forms of racism that exist within many of us that we don’t even realize are there. It’s difficult to admit to ourselves that we might have unconscious biases, as it has been for me, but admitting that they exist is the first step to dealing with them. I really appreciated that allies at Nehemiah were really open about talking about these things, and instead of being stuck in the shame of it were willing to talk about how they have learned and grown and become better allies. I know that going forward, I am going to be much more conscious about every thought that I have, and if I notice a positive or negative bias, I will be better able to identify where that bias originated.

I have previously attended protests and advocated on social media for racial justice; however, I haven’t done nearly as much as I have wanted to. It has always felt too big because I want to fix everything and any small thing feels like I’m not doing enough. So I’ve felt paralyzed and sometimes done nothing at all, and it’s been a big source of shame for me. Working at Nehemiah has taught me, however, that many allies feel this way, and that doing small things are important. For example, making a timeline on African-American history in Madison will not put an end to racial disparities in Madison; however, it may lead more people in the Madison community to understand the history of their city in a way they previously hadn’t, and for that it is important. I also really enjoyed the direct service aspects of this internship. It was a privilege to work with Ms. Gloria and Ms. Jackie at the Allied Wellness Center and food pantry, respectively, and see firsthand the tireless work that they do to better the Madison community. Those in-person experiences were another way that I could see how even though the work that they do is only a small part of the greater fight for racial justice, it is still instrumental.

One of the most rewarding parts of this internship for me has been working on the African-American history timeline. I have learned so much about the history of the Madison community, and I feel like I can see my city through a much clearer lens than I previously did. In addition, I also gained valuable skills in leadership and management through this project. I got to correspond with volunteers who were interested in helping with the project, which took me out of my comfort zone but will be beneficial in future professional experiences. I also had to be incredibly self-motivated and self-disciplined while working on this project, since I was alone most of the time. I also became very excited about the project since I had put so much creative energy into it, and I wanted to see it through as much as possible with the time I had. I am glad that RCA thought that this project would be a good fit for me given my interests and area of study, and I am thankful that I had the chance to create a project that will hopefully stay with Nehemiah for a long time.

I am incredibly grateful to RCA for giving me this opportunity to work with Nehemiah. Rebecca was the best and most supportive boss I have ever had, and she was a huge part of this experience being as great as it was. I felt so welcomed into the Nehemiah family by all of the staff members, and I will miss everyone a lot. I am excited, however, to take the skills and knowledge I have gained and apply them to the rest of my life.